A downloadable game for Windows and Android

First real version of the game. The paid version has two sex positions, and one position of her seductively laying on her side. You can toggle between bouncy tits, or more realistic moving ones. You can move Kyara with your controller now (put her where you want her). To move the entire scene, you have to push a button on the menu.

Every once in awhile her tits will start to shake out of control when on "realistic".

Support me on Patreon https://www.patreon.com/kuminer

I am not sure if I'll resume working on the high def PCVR version of the project. Originally, when I uploaded the Quest 2 version, no one was downloading the PCVR version. That seems to have changed. However, if I do start working on it again, it will be because I have feedback from people who want me to do so. The High Def version cannot use hand tracking (PCVR doesn't support it, and HDRP won't work on the Quest 2), so it would be a different experience.

There is an in-game menu with the instructions. Let me know if there is anything I need to add to it.

For the foreseeable future, I will be probably focusing on non-story projects. These projects will be mostly me figuring out what is capable when it comes to VR and sex simulation in Unity.

Hey y'all. My month and a half of hell at work are over, and I'm starting to get things going again on VR stuff. While I was away, I did have some time to learn  new things, as well as really think about the direction I want to go in all of this. I have two main takeaways.

1. Though my job will be easier over the next few months, my new responsibilities mean that I can't be as carefree there as I was before. More money, good. Loss of some agency, stressful. This means that I have to allow myself as much agency in my creative ventures as possible. Which means working on the things I want to work on each day, week, month.

This all adds up to the fact that, as of now, I have to stop making plans, and promising things, that I may not want to do next week. So, as I create new projects, I will make sure they are small in scale, and can be posted as finished experiences.

2. More time at work, meant that I had more time to render 360 degree images, and turn them into high definition VR experiences. I am really enjoying this. The difference in how the models look pre-rendered versus real-time rendered, is astronomical. However, you can't really interact with pre-rendered images. There are pros and cons of both of them.

Last night, I put these two together, and I think my next project will be just that. One model, in one room. In real-time she'll interact with you. In pre-rendered, you can see what she looks like in high definition VR.

Then again, I don't know what I'll feel like working on next week. I do know that I want to upload a new project soon though.

Anyway, off to getting ready for work.

can i play this on my phone normally without needing a VR?

The Quest 2 version is being actively developed. I've been working on ways of being able to give High Def experiences while on the Quest, and I'm close. For now though, the Medium Def will have to do.

I just checked out the demo, and i like it! I've always had a thing for redheads

how do you turn passthrough on?

Can you by any chance make it compatible with Quest 2? Awesome work btw.

Unfortunately, it won't run on Quest 2 with these graphics. If there is enough interest, I will port this to Quest 2 with lower fidelity graphics. Would still look good, but not as good.

Actually, I'm going to try to build it to Quest 2 and see if I can get it to work. I'll know by tomorrow.

Thank you very much. Just so you know, if its not possible, its completely fine.

I hope it wworks. I'm a quest user too. Love your stuff.

Quest 2 Demo scene is available. No sex animations, but you can check out how she looks.

Awesome! I will check it out now! Thanks!

Quest 2 Demo scene is available. No sex animations, but you can check out how she looks. 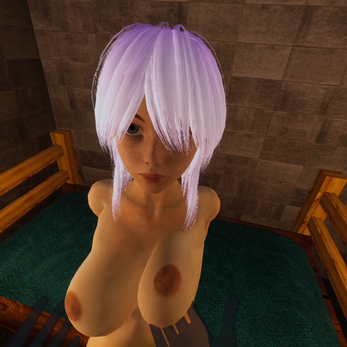 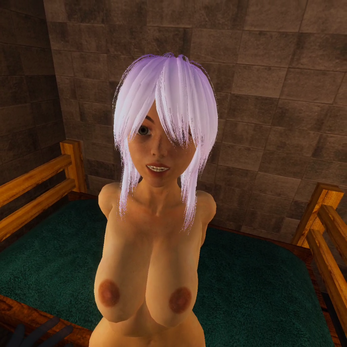 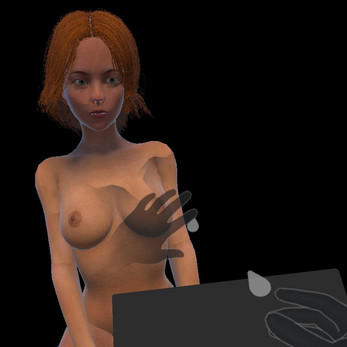